National Education Day of India has been celebrated every year since 2008 on November 11 on the occasion of Maulana Abul Kalam Azad birth anniversary, the first education minister of independent India who served from 15 August 1947 to 2 February 1958.

The National Education Day in India was officially announced by the Ministry of Human Resource Development in 2008 to celebrate the birthday of our honorable First Education Minister.

Who Was Maulana Abul Kalam Azad?

Born in Saudi Arabia in 1888, Maulana Abul Kalam Azad grew up to be one of the leaders of the Indian Independence movement in the late 20th century fighting against British Rule.

Maulana Abul Kalam Azad was an avid reader and hence, he began to run his own library along with a debating society. He grew to be extensively interested in journalism and started his journey at a very early age. He published his first poetic journal in 1899 with a poem named Nairang-e-Aalam.

In his late teens, he entered journalism and began to publish an Urdu newspaper in Calcutta named Al-Hilal (meaning The Crescent). It is believed that Al-Hilal was used as a weapon to attack the British policies.

Speaking truth to power, Abul Kalam later started another weekly named Al- Balagh after Al-Hilal was banned by the Britishers because of its immense popularity among the Islamic community.

Time and again, Abul Kalam kept on finding ways to rebel against the British policies with the strength of his pen and words.

What were the views of Maulana Abul Kalam Azad regarding education?

Maulana’s belief in education was such that he regarded schools as the laboratories that can produce the brilliant minds of the future.

He even put great emphasis on girls’ education and why every woman of our nation needs to be educated for all the civil rights. He even introduced vocational training and technical education to the students.

The heart of Maulana deeply resided in Education and he wanted India to be a nation that built high educational standards and great legendary minds. For him, education held utmost importance and he ensured that a uniform national standard of education was provided across the nation.

On 16th January 1948, Maulana Abul Kalam Azad quoted “We must not for a moment forget, it is a birthright of every individual to receive at least the basic education without which he cannot fully discharge his duties as a citizen.”

Post his election as India’s first Education Minister in 1947, Maulana went ahead to make primary education a free and compulsory citizen right for children up to 14 years of age.

What is the Importance of National Education Day?

Azad was among the core founders of Jamia Millia Islamia in Delhi and contributed to the foundation of Indian Institute of Technology campuses across the country. He also paved the way for India’s highest education Regulator - University Grants Commission.

His contribution to the education sector is highly appreciated and celebrated in India on November 11 every year. It is said that it was Azad’s efforts that made India realize the importance of education and why it is every citizen’s basic right.

He was referred to as Mir-i-Karawan by Jawaharlal Nehru because of his intellectual skills and outstanding personality.

On November 11, the entire nation celebrates National Education Day like a festival. Students in all schools, colleges, and universities prepare special performances and activities to give their tribute to Maulana Abul Kalam Azad for his commendable contribution to the education sector.

How do we celebrate National Education Day?

Today National Education Day is celebrated on November 11 nationwide in schools, colleges, institutions, and universities in the memory of Maulana Abul Kalam Azad.

The idea of performing these activities is to spread awareness of the importance of education for every individual.

What are Some of the Most Inspirational Quotes by Maulana Abul Kalam Azad?

The spirit of attaining education could be easily detected in Azad’s voice and his words. Let us take you through his most popular quotes evoking the importance of education:-

“Educationists should build the capacities of the spirit of inquiry, creativity, entrepreneurial and moral leadership among students and become their role model.”

“No program of national education can be appropriate if it does not give full consideration to the education and advancement of one-half of the society that is the women.”

“Education imparted by heart can bring revolution in the society.”

“Many people plant trees but few of them get fruit of it.”

Also Read: 10 Amazing Facts that Your Child Should Know About Republic Day

What is the real name of Maulana Abul Kalam Azad?

Azad, whose real name is Maulana Sayyid Abul Kalam Ghulam Muhiyuddin Ahmed bin Khairuddin Al-Hussaini Azad, was popularly known for his self-taught education and how he rose to prominence through his work.

He was a prominent freedom fighter, leader of the Khilafat Movement, and was the youngest person to perform his duties as the president of the Indian National Congress.

Azad was home-schooled and received a traditional Islamic education from his father and other scholars after moving back to India from Mecca. He had attained brilliance in a plethora of languages like Bengali, Persian, English, Urdu, Arabic, and Hindi.

Besides, he also attained expertise in the Mazahibs of Hanafi, Maliki, Shariat, Shafi’i, and Hanbali fiqh. Other subjects that he was trained in were mathematics, science, philosophy, and world history.

When did Abul Kalam Azad die?

He died on February 22, 1958, as a result of a heart stroke. His contributions to the nation are significantly remembered even today. He was awarded Bharat Ratna, India’s highest civilian honor, in 1992 for his invaluable benefaction.

What Should Children Learn from National Education Day?

Gen Z is growing rapidly and aims to attain high-quality education. With rapid globalization and technological advancements, children are born with sharp brains and turn out to be robust personalities with the best educational base.

However, we still have a lot to learn from leaders like Maulana Abul Kalam Azad who has completely metamorphosed the face of India with the introduction of necessary education.

If you are looking forward to giving such great value to your children, enroll them in the best school in Noida, Global Indian International School.

It is a renowned Noida CBSE School that celebrates National Education Day and educates its children about cultural importance with a holistic approach.

What is the Importance of Punctuality for Students?

Mar 8, 2022
What is the Importance of Punctuality for Students?

What do the best International CBSE high schools in Noida offer?

What do the best International CBSE high schools in Noida offer?

The Latest Development in CBSE Schools Near Me In Noida

The Latest Development in CBSE Schools Near Me In Noida 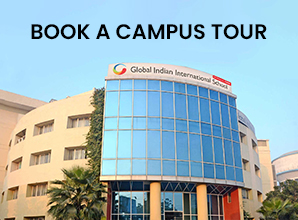 GIIS Noida offers different types of scholarships to students. As an international school, we acknowledge the importance of supporting students with different abilities and talents to pursue their studies.

GIIS Noida offers different types of scholarships to students. As an international school, we acknowledge the importance of supporting students with different abilities and talents to pursue their studies.

When applying for scholarships, you do not just pick an application form and start filling your details.

When applying for scholarships, you do not just pick an application form and start filling your details.

Jan 19, 2021
What is the Importance of Educational Scholarship?

Scholarships can be immensely beneficial for students as they gradually progress through their academic lives and gradually transition into professional careers.

Jan 19, 2021
What is the Importance of Educational Scholarship?

Scholarships can be immensely beneficial for students as they gradually progress through their academic lives and gradually transition into professional careers.

Dec 3, 2020
Learning
How to build Learning Skills in Your Child

Children tend to learn better and grasp concepts quickly if they have well-developed learning skills.

Dec 3, 2020
Learning
How to build Learning Skills in Your Child

Children tend to learn better and grasp concepts quickly if they have well-developed learning skills.

Request for a Call back